Love is in the air….. Engagement sessions are always a blast! Derek and Megan are gorgeous both inside and out! Their was lots of laughs for their session… smiles from ear to ear, and tons of fun with this very lovey dovey couple! 🙂 We headed downtown to the Seattle waterfront.

Now a little bit about the couple:
Derek has a 5 yr old son, Jackson and is quite the little cutey! He is a full time dad; and a great one at that! Derek is a very generous, thoughtful, and a loving man. He just recently retired with 20 years of military service and Megan is so proud of him for his dedication to providing a good future for his family.

Megan enjoys movies, reading, hot yoga, baking, and socializing. She is really enjoying her new role in helping Derek raise his son and is looking forward to sharing the experience of having children together in the future. When asked what he likes about Megan he says “to me, she’s the most beautiful woman in the world… She has a heart of gold, which makes her even more beautiful on the inside. She’s giving, kind, compassionate, driven, and has a great sense of humor.”

Derek put a lot of thought into the proposal plan and purchased an absolutely perfect custom-made engagement ring. Just 2 months after they met, Derek started to lay foundation for his ‘sneak attack’. 🙂 On the Wednesday before the Christmas eve football game, (they are both huge Seahawks fans) he told Megan he had a friend coming to town from California and asked her if she would mind if they showed them around Seattle before we went to the game. She thought it was a great idea so Friday night they discussed the plan for the next morning. They went to their normal parking spot and the limo picked them up from there. The limo driver took them to the pier at Red Robin and said that he would go pick up his friend and his wife and would be back in a few minutes. Derek and Megan went to the edge of the dock near the Red Robin area and talked about the time they had gone to dinner there a few weeks earlier. Derek had a mini helmet that he said he wanted to get signed and said he might not have time… He handed Megan the helmet and she noticed there was already writing on it. Derek had written a message asking her to marry him but she only got to read “Derek and Megan Engagement 12/24/2011” before she put her hand to his mouth, eyes wide, she was in TOTAL shock. He then got down on his knee and said “well, will you?” And she said YES, YES, YES and started just bawling! It was so personal and perfect for them! She will never forget that beautiful Christmas. God gave them the most amazing gift ever possible… A life together. They are so excited to share their lives with each other and to build a family. They look forward to spending their special day with those that are closest to them.

And, a here is a SNEAK PEEK of a few of my favs: 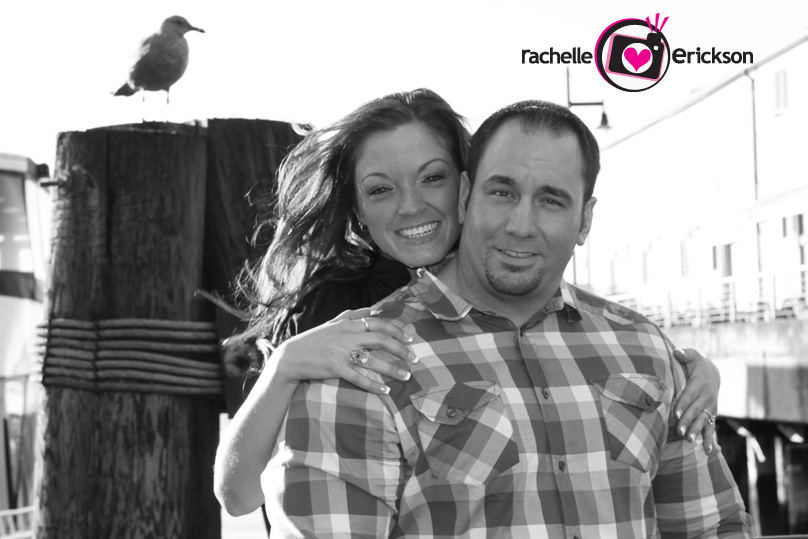 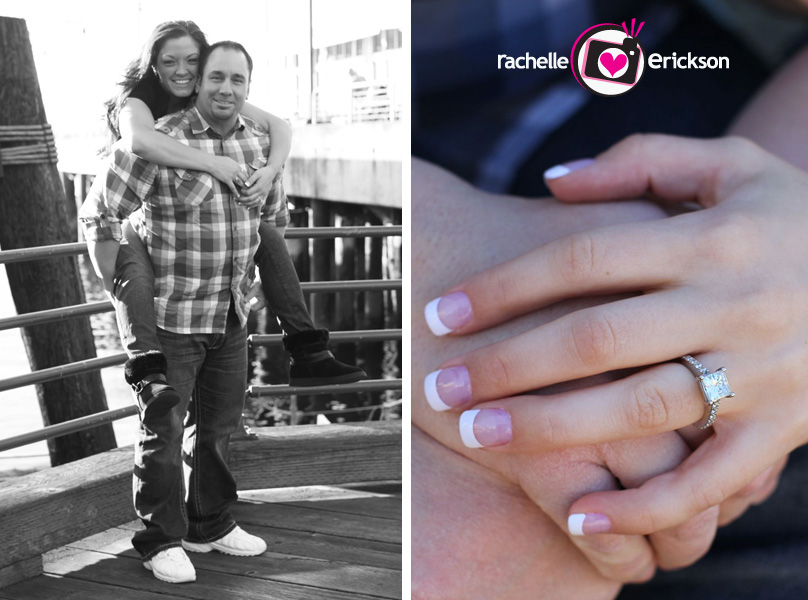 So excited to share in your BIG DAY coming up very soon!

Rachelle Erickson is an award winning Wedding and Lifestyle Photographer specializing in Wedding Photography, Children’s, and Families for Seattle, Bellevue and the surrounding cities. Reaching the Pacific Northwest to destination locations worldwide. For more information, please email info@PhotosByRachelle.com, or give me a call at 425.829.0532.

no comments
link to this post
email a friend